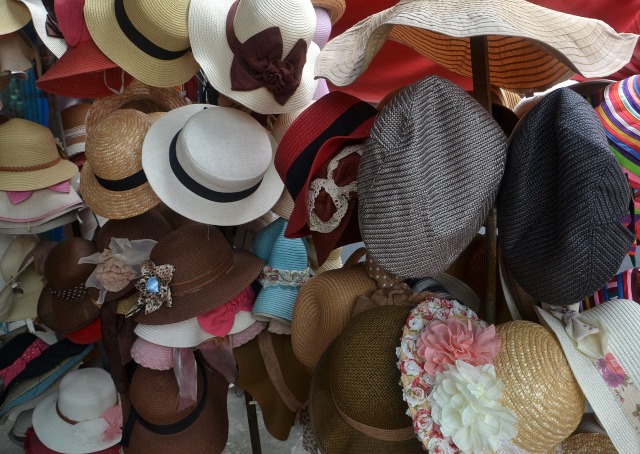 This was Jensen’s tenth hat in as many weeks. The first, a cranberry felt Fedora lasted only a few days, before being replaced by a grey knit Beanie. He’d learnt a new word that time … Beanie and it had looked as inane as he’d imagined, even after he’d cut off the wobbly black bobble. His two ears refused to be tethered beneath its soft surface. Like two aircraft landing light beacons his ears poked out from beneath every imaginable hat.

Jensen had high hopes for the dark blue navy trilby with a feather tucked into its suave red band. His expectations were of course in vain. The tweed flat cap was anything but fashionable on his pathetic head. It rested neatly on the top, “a perfect fit”, the shop-keeper declared. What he did not say, did not need to mention were the ears, coming up and over the cap, stroking its sides. Nothing would hide these atrocities.

“Buggerlugs!” they’d yelled at him at school. All those years ago. He’d tried to laugh along … at first. He’d even tried to take the daily abuse as a joke but failed as the non-stop flicking of his ears dragged on relentlessly for three long years. Every month his grotesque ears seemed to sprout further from his head. The fourth year offered respite as a new and younger pupil started school, a new ‘Buggerlugs’ for his tormentors to feed off.

Jensen thought it was all over these last thirty years, that the school days were filed away in a remote recess in his brain, never to be accessed again. Until the luncheon at The Ivy eleven weeks ago. With his usual Moss Bros striped shirt and his long grey trousers he’d walked proudly into the coveted restaurant. The bar at the centre gleamed and glistened, the stained glass windows lent a mystical reverential aura to the meeting with his agent. Relaxed they’d chatted away until he spotted Slater. Two years his senior at school, an expert at delivering taunts and injury, Slater now sat at the next table. Jensen continued to sip his whisky, taking in the grown man that had been his persecutor. Dapper in a navy striped suit, Slater’s hands swung back and forth as his procrastinated with vigour and brashness. Slowly sinking into his chair, drink clutched tightly in both hands, Jensen hoped Slater would not spot him. No such luck, as with a curt nod, his adversary mouthed a greeting. Surely it couldn’t be! He couldn’t have said it! “Buggerlugs!”

Eleven weeks since the fateful meeting and the eleventh hat. Jameson whisky had become Jensen’s best friend and his head was reduced to a fug of memories. With shaking hands he reached for his most recent acquisition. So many had been discarded in disgust as they proved mediocre for their main purpose – to hide his blasted ears! A baseball cap was quickly disregarded, the beautiful cream coloured Panama hat had been sent flying across the room. The straw hat held such promise of summer days on the canal, however once in place it not only accentuated his ears but his shiny forehead too.

This last purchase was perfect, Jensen was sure of it!  The tweed deer-stalker, as worn by the infamous fictional detective Sherlock Holmes, had adjustable earflaps … no need for his ears to be visible in public ever again! It was the only answer he felt, apart from taping down the abominations on the side of his head. He’d tried that once when young but the beggars refused to be tamed and flamboyantly sprung up and out for inspection.

“Sir looks fine in this,” insisted the shop-keeper.

Jensen checked in the mirror again. What a lying…

Slater, shifting warily from one foot to the next, stopped in front of Jensen. Slater was no longer so dapper, his shirt partially out his trousers, his hands clenched nervously.

“I never forget what we did to you. I tried to tell you there, at The Ivy, when you rushed out. So Sorry! For Sorry! I deeply regret our, my behaviour…”

Jensen smiled, then waved imperiously as if swatting away an annoying bug. With a small push and shove with his shoulder against Slater, Jensen walked to the shop counter. With a ‘harrumph’ he sent his latest hat flying onto the wooden surface, calling out at the same time to the shop-keeper.

“I’ll no longer need this one. Nor the others. I’ll return them promptly and expect an immediate refund. No more hats for me!” 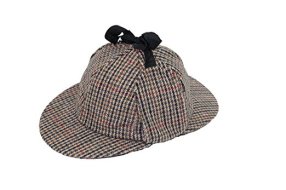 82 thoughts on “THE ELEVENTH HAT”