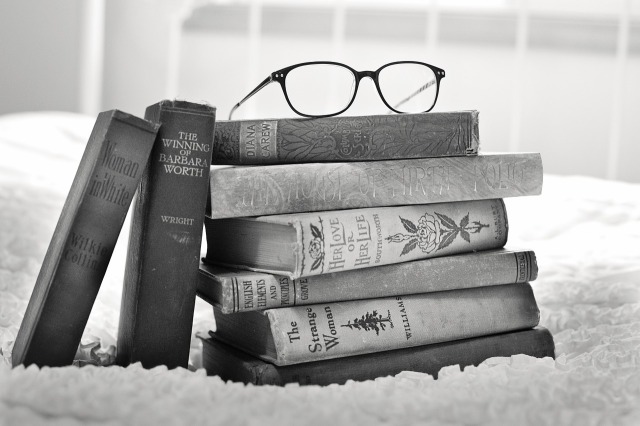 Back and forth. The chair rocked gently, back and forth. Years, decades even, I’ve sat here on and off, rocking calmly, the squeak a welcome friend, the worn wood of the arms soft to my caress. Even as a child I sought solace here and closing my eyes, I drifted into a restful doze….

’Williams! Stop that rocking! I swear, I can see grooves on the oak floor. Williams!’

I’d only sneaked in ten minutes earlier and made straight for the rocking chair in its usual gloomy nook beneath religion and travel, navigating my way by memory with my spectacles grasped uselessly in my hands. Those bloody glasses! Bad enough they fogged up a hundred times a day, even worse they were NHS ones.

‘Caught any fish today, Snorkel face!’  That was the kindest thing anyone ever said to me at school. Even my name was a shout and a demanding, irritated one at that.

At last, the glasses cleared and my gasp of awe puffed audibly across the room. A gentleman in the opposite corner tutted disapprovingly, glared at me before returning his eyes to the book in his hands.  ‘Perfume’ if I wasn’t mistaken and one I could recommend to him. Books galore! My usual heavenly delight. The afternoon light shimmered through the windows, the dust danced around the bookshelves, the words within a promise of new worlds, of escape.

The coins in my blazer pocket clinked against each other as I reached for them. Two pounds altogether and well worth saving my 50p weekly pocket.  Who needed sweets anyway? For me it was all about the books. With a push the chair lurched forwards, depositing me on my feet with a satisfying creak and groan. I edged left around historical fiction, turned right at thrillers then stopped by biographies.

‘What do you want to read them for?’ Dad always asked. Not waiting for an answer he’d reach for a beer from the fridge, his head lost within the cold vault as the muffled one-way conversation continued.

‘You should be out playing football with your mates. Out do you, hear? None of this bookshop rubbish.’

Why did he never realise that the bookshop was my haven, the dark wooden shelves my sanctuary, the books my guardian?

‘Mr Williams! Thank goodness, you’re awake. There was another complaint about that chair yesterday.’ I continued to rock, groggily, trapped in time, my Ralph Lauren glasses on the wonk. I straightened them slowly. ‘It will kill someone, one day, Mr Williams. That young lad, Joe, the one you always tolerate, who’s constantly here, was thrown off the chair yesterday when its arm broke right off. Yes, that one. I fixed it but it nearly killed him. Fell onto the floor, he did and banged his head. Nearly killed him!’

The laughter within me built up gradually, begrudgingly, relentlessly.

‘For keeping things just as I want them! As I’ve done for over thirty years. Don’t change a thing! Now, where’s my laptop…’ Still chuckling I nudged it awake and started to tap on the screen whilst inhaling the muggy scent of books with satisfaction.

A chair that takes people’s fate in its own hands is a story waiting to be published! And added to my bookshelves.

This piece was written in response to a prompt issued by my creative writing group – the options were eclectic and consisted of Lemon Tree Grove, Book Shops or Graveyard. I was tempted to write a short story including all three elements but fear this would become far too long for the group! 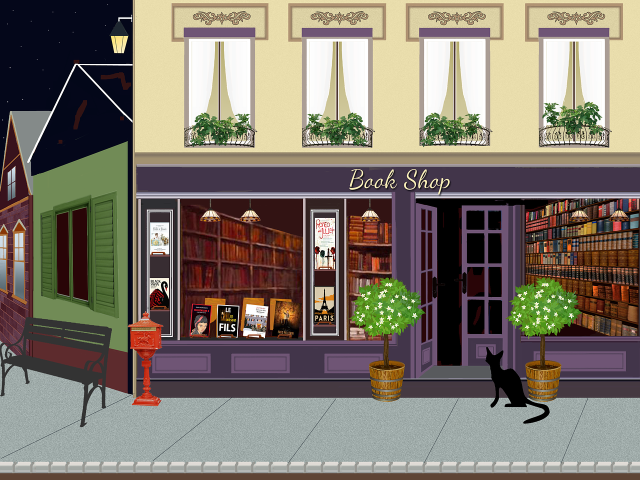