I noticed the  perfect round holes first.

What lived in these burrows visible across the beach? Soon after I began to catch glimpses of the elusive crustaceans as they scuttled across the sand and as if leaping, disappeared into their holes.  Impossibly so,  I felt as the crabs were far broader than its habitat. Intrigued I wondered about their appearance, colouring. Not the usual dark brown crabs from the North Sea coast, that much I could see.

Then one morning one of the mysterious ghost crabs obligingly paused by its burrow and looked up. Its expression was priceless; slightly disarming, slightly grumpy. It stayed still. Waiting patiently as camera phone was found, put on correct setting, sun glasses removed in order to see the screen. Ready at last! The black piercing eyes were unmoving, its shell pale and almost translucent. In contrast the legs shone with gentle light golden hues, furry-like at the tips. The two claws were of uneven size; a characteristic of the ghost crabs – so named for its pale complexion and chameleon ability to blend in with its environment and the shading of the body adjusts according to the time of day. 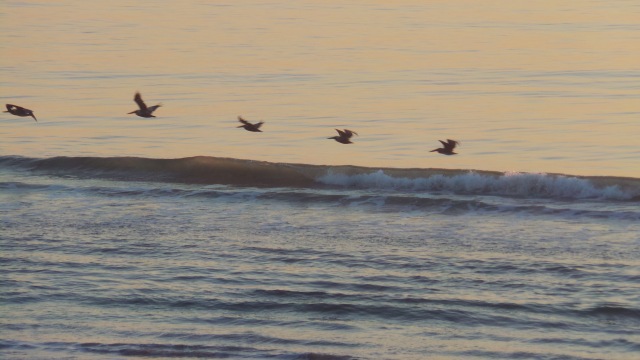 The first morning I was mesmerised by a flock of large birds swooping and gliding across the ocean. Five clearly visible although other days up to eighteen would fly across the water close to shore. Suddenly one dived into the ocean before quickly reappearing. What were these majestic birds? Soon I had my answer. Pelicans! I was in utter awe; before I had only seen Pelicans in zoos. It was a joy and privilege to view them on a daily basis in the wild.  Often during meal times three pelicans would pass within two metres of our balcony, their heads and wings clearly visible. An awesome overwhelming sight and we sat in silence savouring the experience. 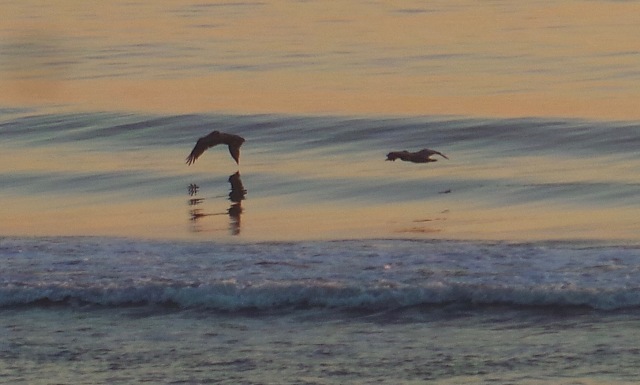 One particularly elegant and regal bird was a constant visitor on the shores, purposefully striding along the waters edge, its crisp white plumage gleaming in the sunlight. Always keeping its distance from each other, the little egret, a type of heron, occasionally bopped its black beak into the wet sand before moving on with its striking yellow feet. Time stood still as I watched the egret; sheer peace and harmony. The only time it seemed bothered was as the wind increased following the hurricane and then it tucked its head snuggly against the body, seeking lee within itself. 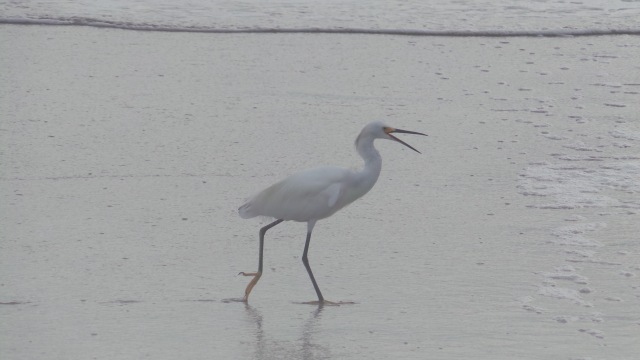 Partly hidden under the bottom wooden stair down to the beach, the turtle’s head stretched beyond the step. Oh no! It should have returned hours earlier back to the sea but then I saw its injury, a large chunk of shell lying by its side, no doubt attacked by the seagulls during the night. My heart went out to the poor animal. After our walk it was still on the beach, but heading in the right direction. Later it had disappeared, hopefully after making its own way to the sea! 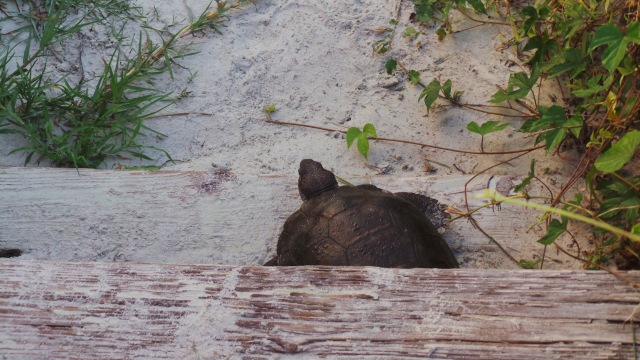 Geckos galore! That is the only way to describe the paths around the condo building by the car park as geckos of all sizes crowded the paths. I had to keenly observe the path I walked along, particularly as the baby ones were only a cute centimetre long! 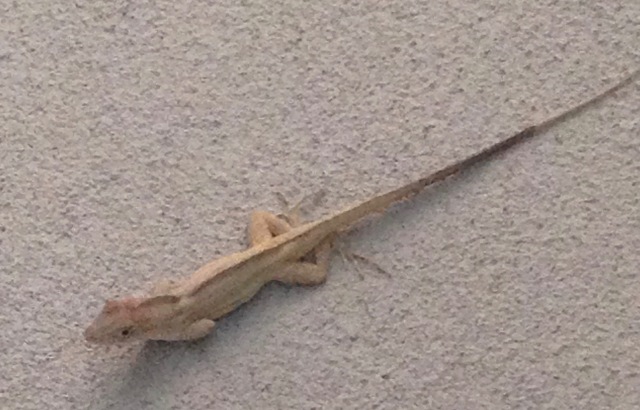 The sunlight sparkled from this alien orb on the sand; hypnotic in its strange beauty. Was it alive? The answer I found out was no as this was the the ‘jelly’ remains of a jellyfish. Called the mesoglea, this is the last part to decompose when a jellyfish dies, usually after being torn apart by fish, turtles or rough weather. It doesn’t sting but not knowing that at the time I wasn’t taking a chance!

Butterfly clams were a delight of tiny proportions. Visible briefly as the waves washed over the sand, the butterfly clams use the water to move around on the beach before quickly burrowing themselves again. This recurrent movement is known as the “dance of the coquina”.  Although it was difficult and rare to catch sight of the clams themselves, their shells were scattered across the beach and the child within me eagerly collected a handful of the 15-25 mm empty shells.

Finally, a mystery! These little birds were a common sight on the beach, pecking away at the sand along the water’s edge. They were among our favourite animals in Florida, so cute and particularly endearing as with each oncoming wave they would dash quickly away up the beach, their little legs stepping so fast. Despite numerous conversations with other walkers along the stretch of coast we became no wiser as to what these birds were actually called. Can anyone help?  Below are my first attempt to upload my own videos from Vimeo – fingers crossed they work!

I hope you have enjoyed the visit to the animal kingdom from New Smyrna Beach; my next post will visit the bricks and mortar of the towns in the area.