My dear feathered friend
Fearlessly hops towards me
crumbs around my feet.

Red-breasted glory
You grace me with your presence
Posing with patience. 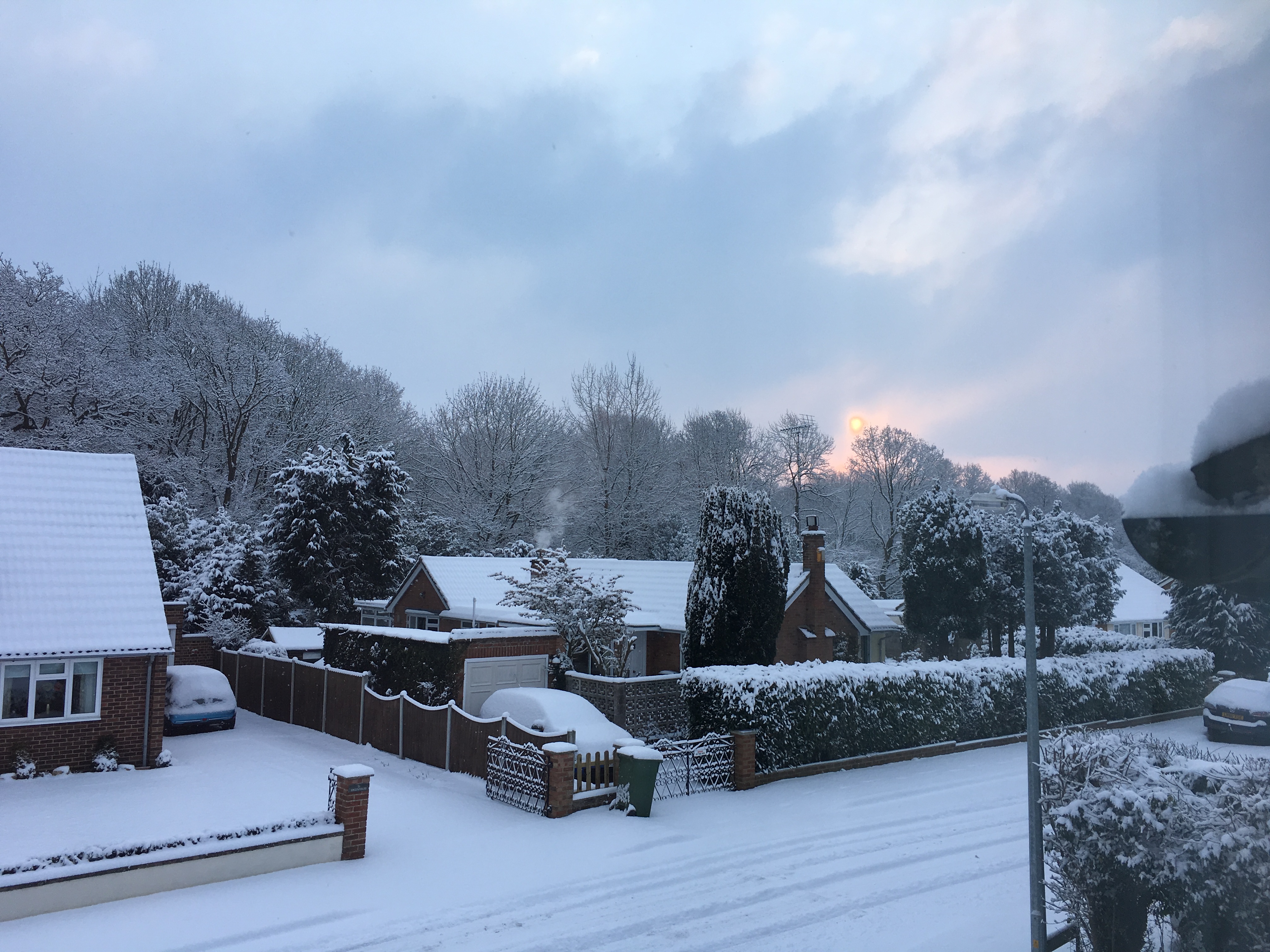 What is it about snow? Just as it has the power to cause chaos, this quality brings along unexpected peace and harmony. Waking to the promised sub-zero temperatures, the snow view from the bedroom window was stunning.

Heavy clouds shimmered in their purple hues, ladened with more snow. Through them pierced the morning sun, a thin spotlight of warmth, a glimmering sign of a new day. Ethereal colours danced all around. 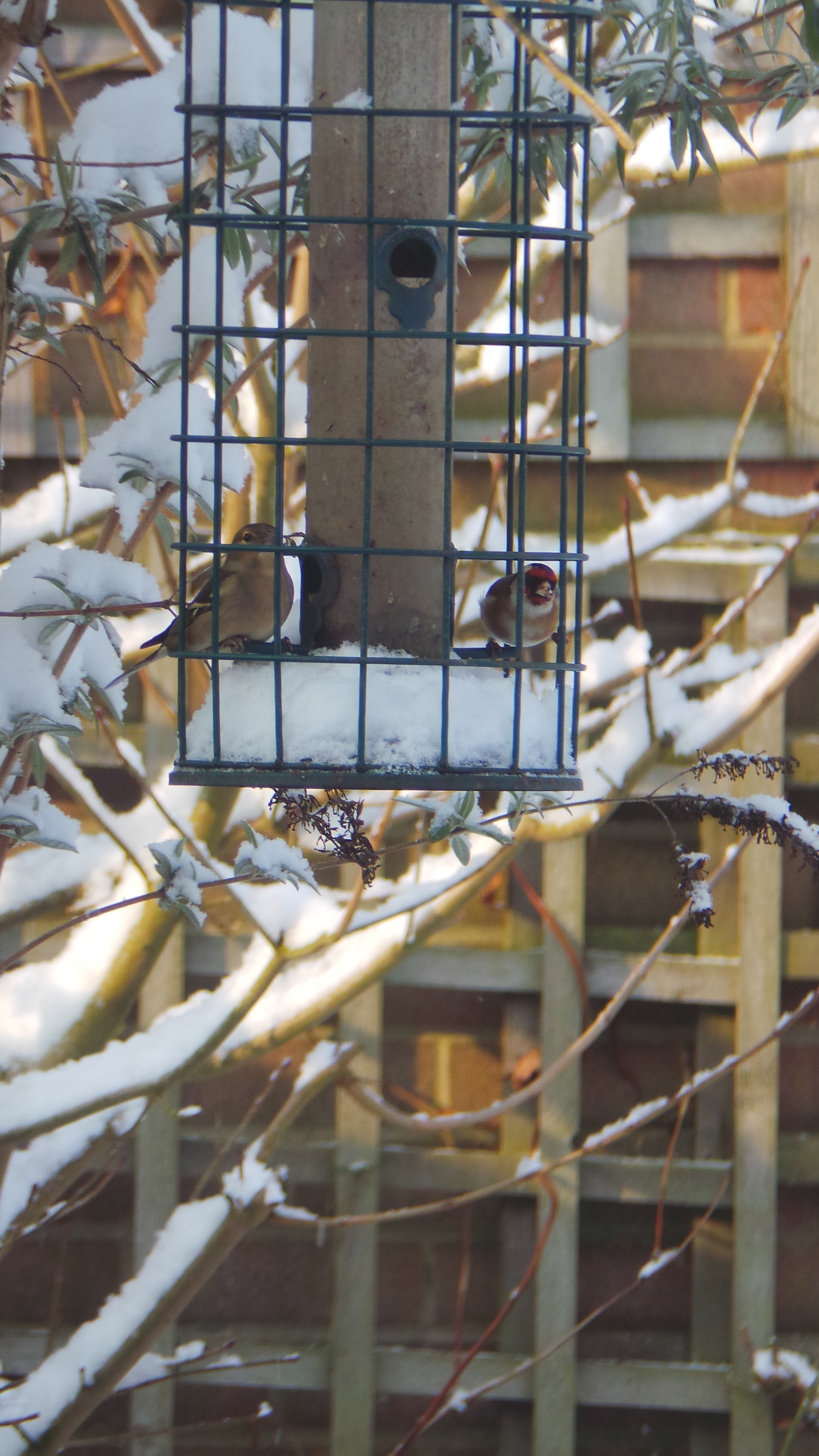 Outside the birds flocked thankfully to the full feeder, and with quiet gratitude I watched their morning repast whilst contentedly eating my own. A breakfast usually rushed for work and school took on a life of its own and was one that just did not want to end. Ninety minutes later my soul was satiated from the busy flutterings, my stomach was full with berries, yogurt, granola. The outside beckoned!

With perfect timing the sun appeared as I strode around the nature reserve. Total and absolute silence, apart from the satisfying crunch of snow with every step. The crushed implosion seeming to reverberate across the landscape. Otherwise not a sound. No birdsong. No a single car engine noise. Just a few solitary walkers, some children on their sledges and snow scooters.

Gently winding its way round the wood, I follow the path from memory, gazing across to the small lakes. Their frozen surface is not one I’d trust to walk out on, however tempting!

Ahead, a welcoming bench is covered in white and the usual seat for contemplation is reluctantly passed by … until another warmer day!

The church stands out gloriously in its winter setting, a perfect Dickensian feel and it’s timeless nature makes me stop in awe. A church on this site since Norman times, the additions are clearly visible. Recalling the stained glass windows from Ely I’ve always wondered what happened to the ones here. Later I learn they broke and were never replaced with such wonders, alas!

As I turned to home, the walk suddenly became a trek across the arctic tundra, a howling bitter wind fought a battle across the landscape. With my head bowed and fingers riddled with frost bite (or so I imagine) I slip-slide my way through the soft depths of snow, gazing at the ripples of white powder, perfect peaks across the fields. I trudge on wearily, relentlessly, the thought of a welcoming hot chocolate whinching me home. 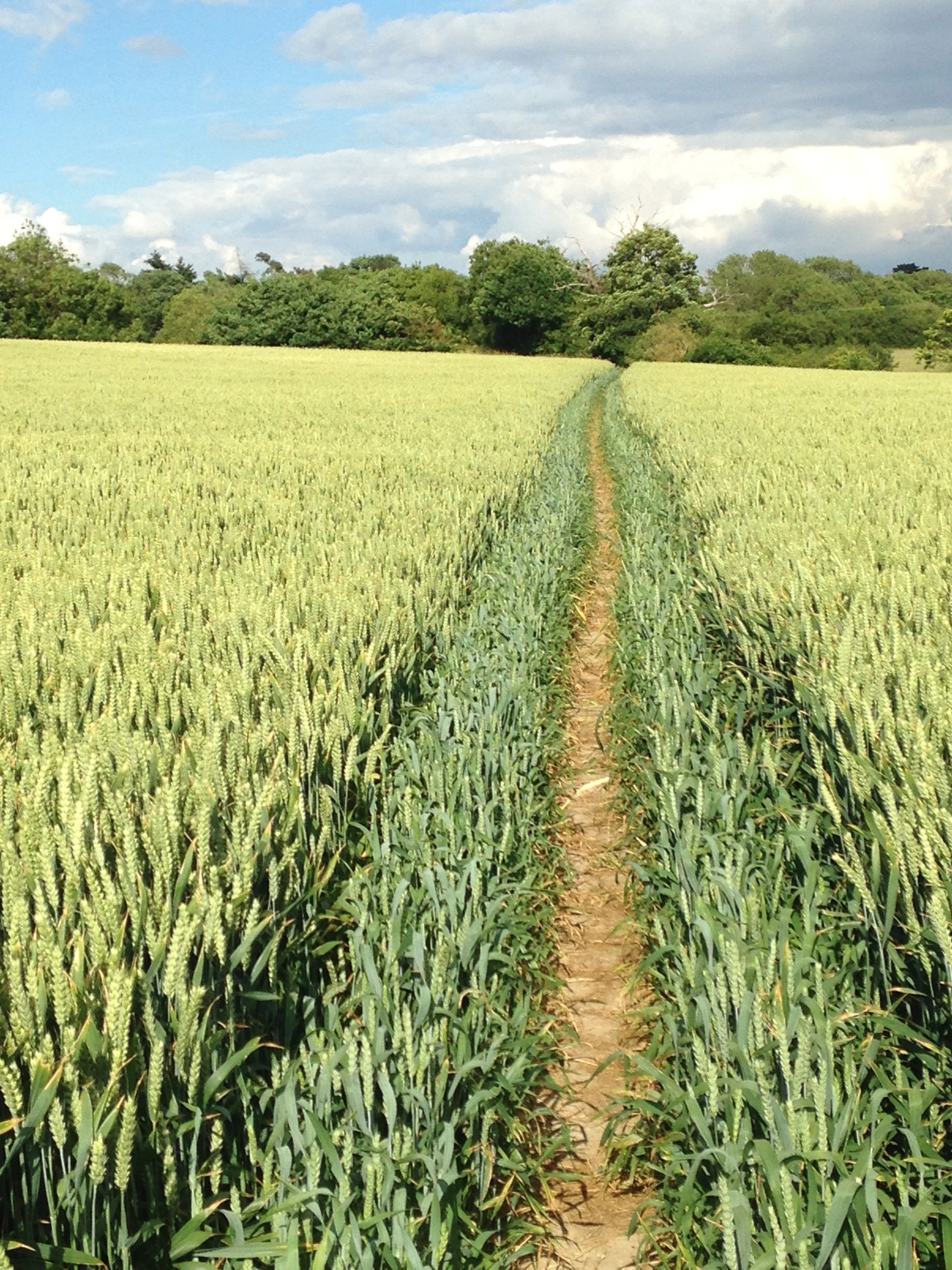 Our lives are a series of journeys – traversing various paths along the way, some straight and clearly signposted, others winding, confusing. We stumble over obstacles, the cracks in life. What matters is we move forward – time is never still, nor is life. 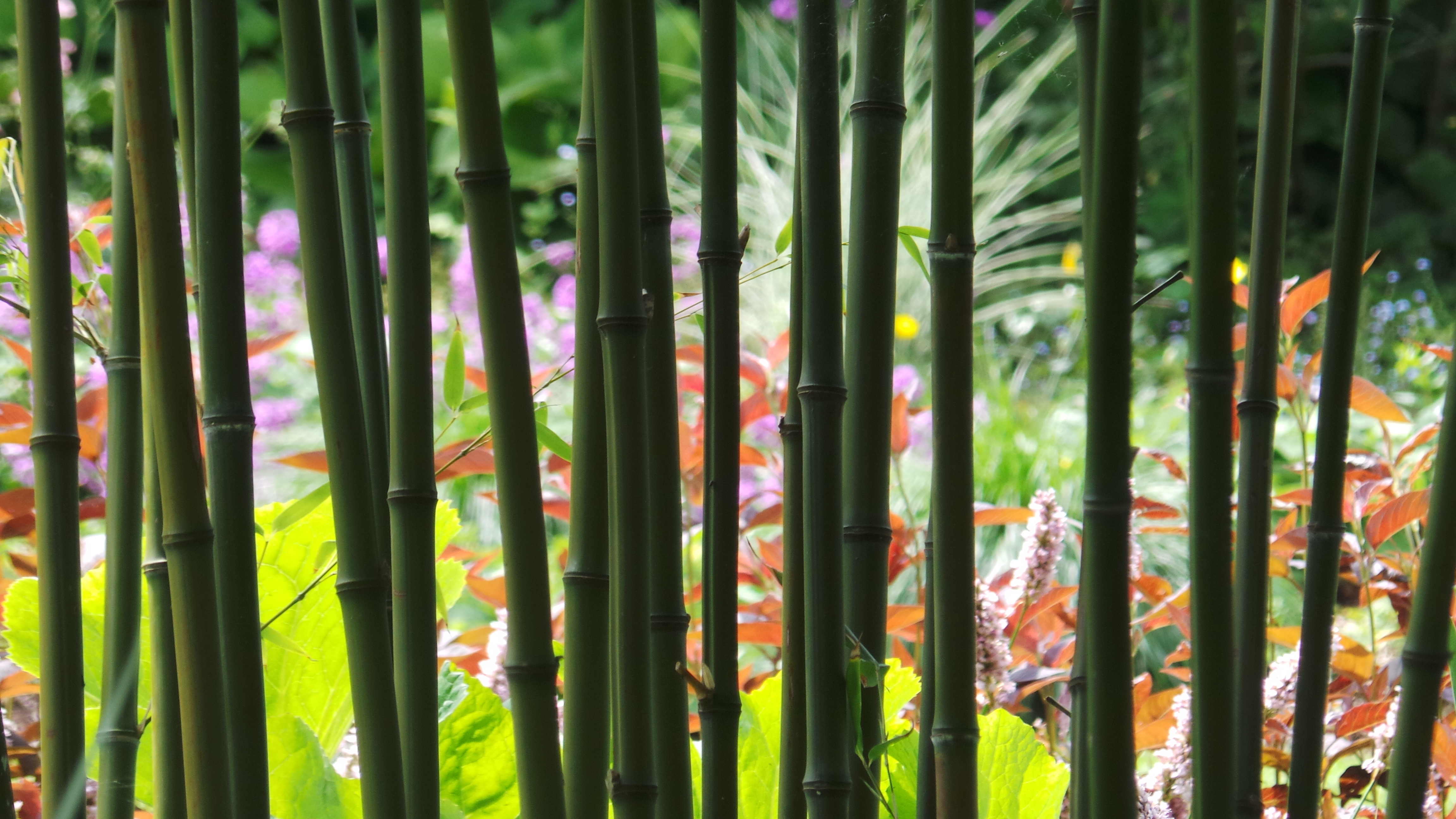 We might not be sure what is at the end of a certain road…but that is no reason not to explore, examine in detail. Take a risk, walk on.

Be aware how those oft travelled roads change form with the seasons. For a day or two a busy car-laden highway becomes a mystical wintry snow grotto where only the odd car passes.

The norm is never just that…a new angle, emotion is required to see the road in a new light…to see the view ahead in a manner transformed.

That doesn’t mean we should charge through life obliviously – take time to notice, be aware of the surroundings. They will raise a smile, ignite creative thoughts, inspire stories, poems, art.

Along the way we stop for nourishment, sharing a meal with friends and family.

Here we not only satiate our physical hunger but that of the soul as well; the location often setting the ambience and mood for the occasion.

Birds and their flight of freedom never fail to grab our imagination; their elegant effortless glide into the skies, their expanisve wings stretched to the full.

How often don’t we dream of just that – stretching out, soaring away. But then again, perhaps we already do – every moment of our lives…unconscious of the mystical flight of living.

Finally, I would like to wish each and everyone of you a wonderful celebration on New Year’s Eve and may 2018 be a peaceful year filled with joy and creativity.

As I’m hosting a New Year’s Eve dinner party, I’ve been busy preparing a menu which I would like to share with you. 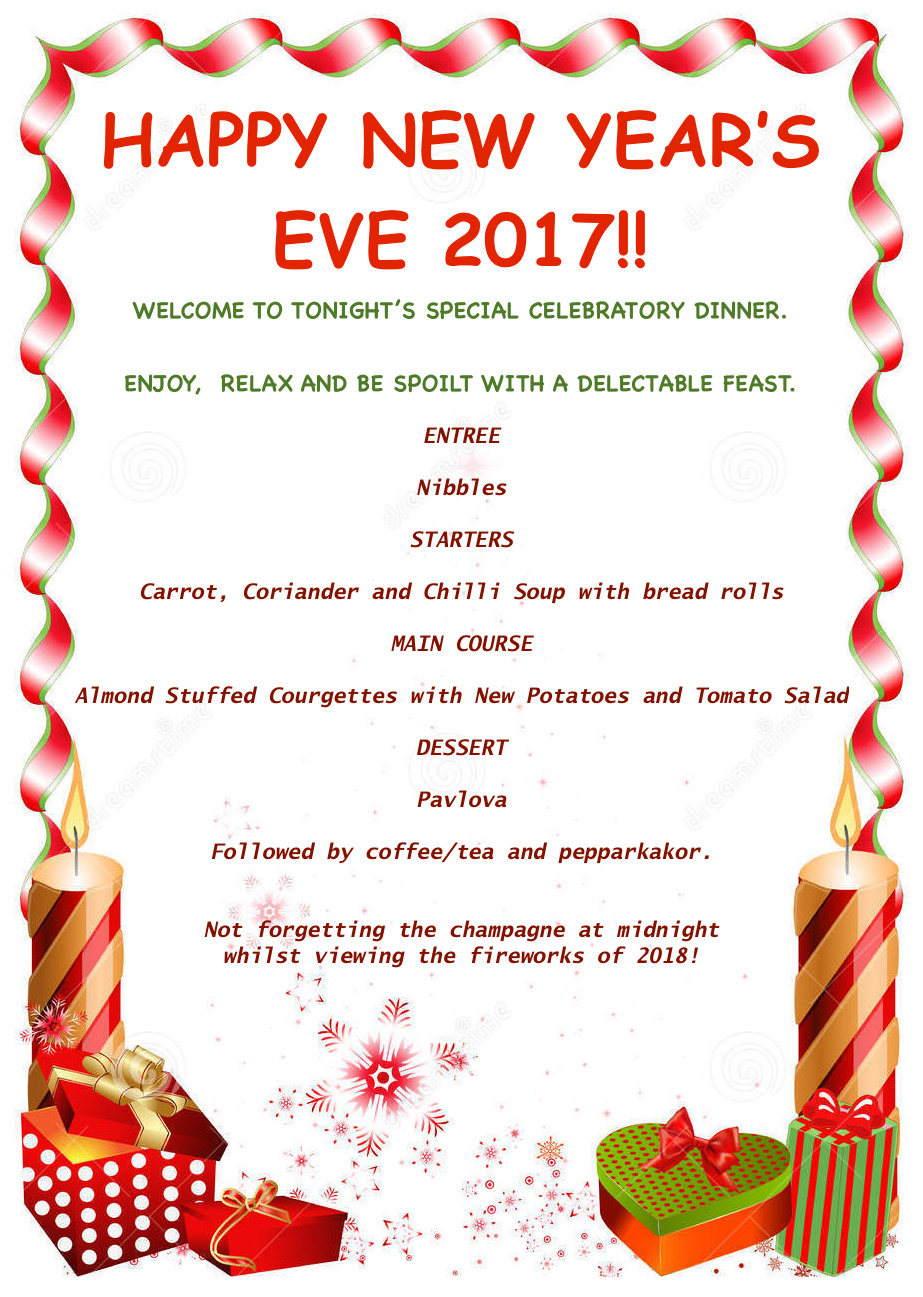 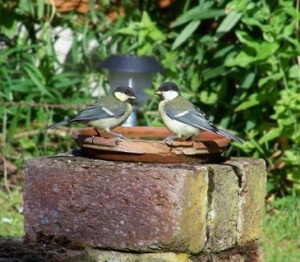 A dull thud against the glass kitchen door broke my morning reverie.
Blissfully I had been admiring the daffodils dancing in the breeze.For a second I muttered at the four bull-finches, vexed at their monopolisation of the bird-feeder.
‘Let the others on, you bullies,’ my mind signalled to them. Did they listen? 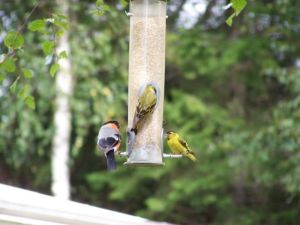 Not a chance. I espied an eager robin fluttering below the feeder, then with sudden decisiveness he darted to the fence post. My patient gardening buddy, who alas has a long wait until I weed the borders and he can scour for worms left behind.
Then thwack.
Standing by the door I looked down and spotted a little grey-blue bird lying still on its side.
‘A nuthatch,’ my husband told me confidently. ‘Made a bit of a hatchet job there,’ he added, chuckling at his own witticism. I glared at him before examining the bird again.
He moved, ever so slightly, still alive!  His head and body twitched and his beady black eyes stared accusingly at me.  ‘It’s a door, to our house,’ I retorted telepathically, ‘we need those things, doors!’
Another nuthatch flew down to join his friend and nervously he hopped in circles around him.
Braving my silhouette he approached the stricken nuthatch before abruptly leaping upon him. Swiftly he gave his friend the ‘beak of life’. A couple of pecks on his head, then some around the beak of the injured bird.
It was humbling to witness this love of the avian variety.
However soon I became alarmed as the first signs of affection turned to violence. The pecking intensified to vicious jabs at the now seemingly lifeless bird.
I knocked forcefully on the glass and reluctantly the fit nuthatch skittered away to the lawn. There he  stopped and looked at his friend. I too glanced down.

A wonder! The dazed bird wobbled uncertainly on it’s two feet. Would it soon be strong enough to hop around? Was there a chance he could fly away?  I remained hopeful and giving him peace to recover I moved away – after all there was breakfast to prepare.
With the three assorted cereals tipped into their bowls, toast ready, orange juices poured, tea pot overflowing, I cautiously edged towards the door.
Outside on the bird feeder there was the normal feeding frenzy – but on the patio or lawn there was no sign of our two special visitors who caused the morning’s excitement.
Robust and fit enough to fly away; they had departed. A little nuthatch rescued by his fellow friend.
What love, courage and devotion. My heart stilled for moment. Maybe here was a lesson for us all.
————————————————
To finish a quick message on this special Sunday here in the UK to all Mums out there –  a Happy Mother’s Day to you all and have a thoroughly enjoyable day being spoilt! I am! 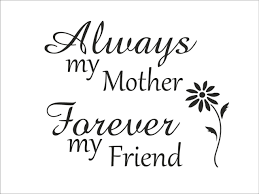