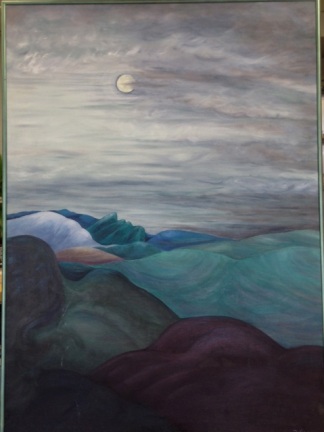 Painting: Courtesy of B. Haynie

Welcome to this month’s book review.

THE THRESHING CIRCLE by Neil Grimmett 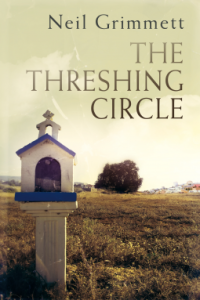 This powerfully evocative book is centred on the island of Crete. Not the Crete though that we know as tourists, rather it focuses on the island’s darker side, on its betrayals and vendettas spanning generations, on its sense of honour and of course on love.

Kirsty is a feisty intelligent Scottish lady who runs a kafenion in Chania.  Recovering from a failed relationship in Scotland she is slowly pulled into the lives of the inhabitants. One particular older dapper Cretan, Barba Yiorga has caught her eye – for the wrong reasons as despite his Zorba-like character she is repelled by him. Even his popularity in the community, where he is regarded as a hero, does not sway her opinion of him. However as they are forced to act together to save the lives of an English couple her feelings for Barba Yiorga change.

As the beautiful Eleni (part Greek) and her English husband Patrick visit the island in a quest to discover the truth of her heritage, an old family enemy reacts to ensure that truth remains buried and he will stop at nothing to ensure the secret remains unknown whilst finally seeking his vengeance.

As the unsuspecting couple are kidnapped the haunting nature of Crete and its magical vitality is brought vividly to life. Kirsty and Barba Yiorga travers the island searching for Eleni and Patrick and their endeavours take them from far flung mountain monasteries, to houses seemingly hewn from the mountain rocks, to the remote island of Gavdos, to an old woman whose mystical powers prove instrumental in their survival.  The book never ceases to enthral the reader.

As Barba Yiorga’s enemy and his two animalistic sons close in on them Kirsty’s confused feelings for Barba Yiorga threaten their lives. The suspense is maintained throughout the book even as it traces back to the complex tangled events of the  German Occupation of Crete and the hanging of an Englishwoman. Towards the end the tension reaches a climax of graphic violent and brutal proportions. Thankfully the story does not end there as the final gentle and warm resolution is the perfect antidote to the previous events.

I found this a thoroughly engrossing book, with the beauty and mysticism of  Crete captured eloquently. At times harrowing, often very touching, the book rang true. It is not an relaxing beach read but I would definitely recommend it.

8 thoughts on “THE THRESHING CIRCLE: A BOOK REVIEW”