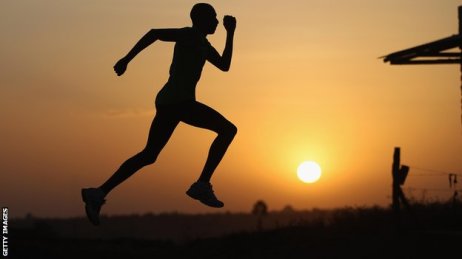 Everyone has heard about The Wall faced by marathon runners during competitions and with family members who have run the 26.4 miles, I have listened aghast to their descriptions of pain and fatigue. In quiet awe I have seen them overcome this obstacle and continue to the finish. I  just never imagined I too would one day face the wall, not through running but through my writing.

Although a ferocious reader since young, I honestly never considered the effort and work required to produce a book. I hold up my hands in surrender, ‘mea culpa, mea culpa’, I was one of those, taking books for granted, their magic appearance on the shelves almost a matter of routine.

Now I know better and since there is a long way until any book of mine might be produced I am fully aware that my learning curve is long and steep. I am only on the start of the  climb and have reached my first base camp.

At just under 50,000 words on my first draft I hit The Wall. Friday afternoon at ten to one. With a marathon writing session completed, I stopped typing. For the first time in a couple of hours I lifted my head from the screen and saw the white doves circling the rooftops and garden. My heart tried a bounce of joy. To no avail. Confused I headed to the kitchen, my legs heavy and my body surprisingly fatigued. A cup of tea and some biscuits, that would help. Wouldn’t it? Picking up the newspaper on the table, tea in my other hand, letters swam around in a swarm on the paper. Finally they settled into a mishmash of words, all individually comprehensible but my mind refused to stay with them and instead floated away, blitzing its way through the morning’s writings, its ideas, plots, characters, twists.  Resigned I put down my cup.

This must be my wall. My creative meltdown.

The famous words written on the cover of ‘The Hitch-Hikers Guide to the Galaxy’ sprung to mind that afternoon and I found them oddly comforting.  When I thought about returning to the writing my mind froze.

What could I manage to do? Some gardening and with secateurs in hand I turned into the demon bush pruner – with glee attacking dead twigs in the garden, cutting bushes to within a few inches of their lives. My mind did not think, it just was. Pure bliss. Afterwards housework tasks were no longer a chore, but completed with satisfaction. I knew this couldn’t hold out for too long.

Relaxed that the wall was being chipped away, that I would soon return to the first draft, I decided not to push too hard, to force myself against such a obstruction. By Monday afternoon ironing had lost its glow and I resumed my other writing tasks. A short story for a competition and then preparing my next blog post.

I had named this blog a journey – hoping to capture reader’s interest and imagination and bring them along on a journey as I wrote the first draft of a book. What I had not anticipated was the emotional journey within myself.

Having read countless ‘how-to’ articles in writing magazines as well as a few books on how to write a novel I am now struck that none mentioned the emotional impact of such an undertaking.

Not until I hit the wall.  Now, with a good rest, the house gleaming and garden ready for some new plants, I am ready. With my mind exercised with alternative writing, I am ready. Refreshed both body and mind, I sit down and feverishly start typing. After all, there is another 50,000 words or so to go!

“I like the cover,’ he said. ‘Don’t Panic. It’s the first helpful or intelligent thing anybody’s said to me all day.’

Douglas Adams in ‘The Hitch-Hikers Guide to the Galaxy’.