Sometimes we don’t need to travel far to journey a long way.

With a publication agreed weeks ago it was with a song in my heart and a dance in my step that I prepared for this major event in my life.

My first book was due out in the world!!

A wonderful celebratory party away was planned…local to us all but a special place to be spoilt and dine in style!

As the date for publication drew closer, delay followed delay and to my shame, lowered my spirits. Worst of all was the lack of communication from the producer and broken promises. In my naive trust, I waited and believed. Until now. At last, our cooperation had to be terminated.

As for the celebratory weekend – I was all set to cancel. My family refused to accept this, insisting that after all the book is ready; apart from the elusive cover! (And final proofread before publication!)

So we set out to celebrate life and what has been achieved – I hope you’ll join me in reliving the wonderful weekend.

It’s not easy to get anywhere high up in Essex…it’s a pretty flat county but Wivenhoe Park is situated on top of a hill and it is here that Wivenhoe House was built. Wivenhoe House’s fascinating history stretches back to 1759 when Isaac Rebow asked Thomas Reynolds to build the mansion house, which is now Grade II listed.

Stepping out of the car we admired the same landscape painted by the English Romantic artist John Constable in 1816.

The building escaped mostly unscathed apart from a few broken chimney pots following the country’s worst earthquake in 1884, was requisitioned by troops during WWII before becoming the original home to Essex University in 1964. It is now a hotel.

The university campus is close by in the park, the tall 1960s tower blocks iconic and for the first time ever I wander amongst them, past a delightful library full (!) of students, past a modern theatre, into the main campus site. 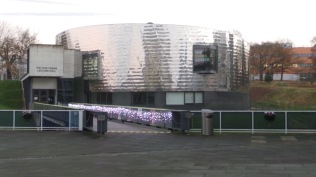 Lakes and fountains adorned the area; ducks and coots pecking amiably on the cold ground. A stunning sunset greeted us and we paused to let the peace and beauty sink in – not too long though as the bitter chill bit through our coats.

Heading round we realised how hungry we were on seeing this unusual cafe…a Routemaster double-decker bus cafe – closed alas but probably just as well as dinner was soon.

The hotel was impeccable with friendly staff who were eager to help. The bedrooms were superb.

The balcony overlooking the park was a bonus – even if it was too cold to use the welcoming table and chairs. 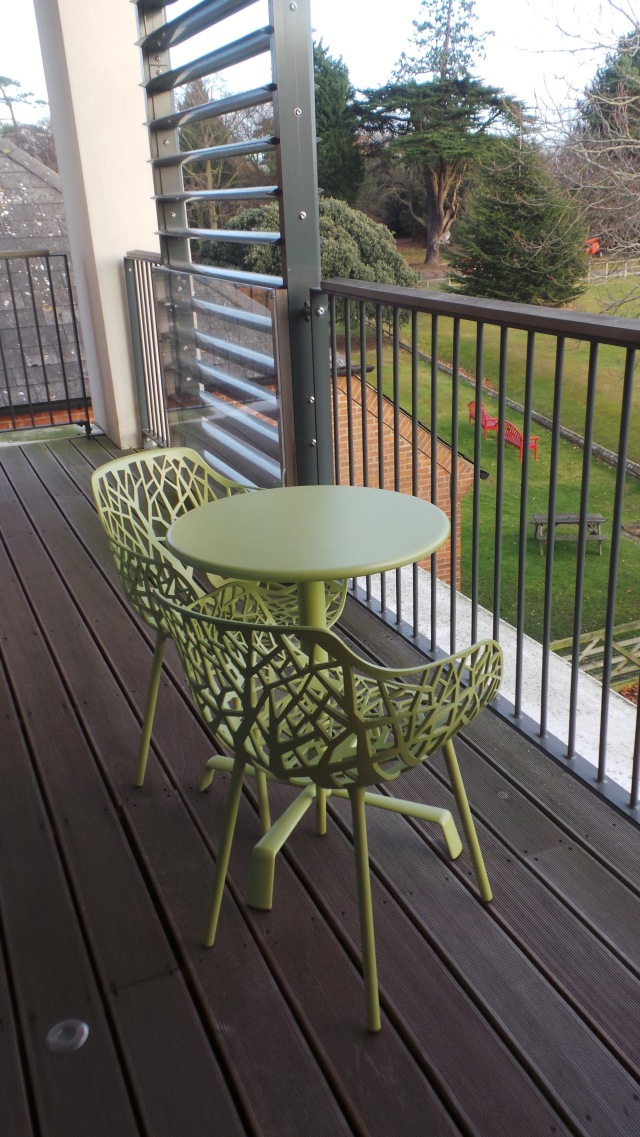 The brassiere dining room was delightful and we were welcomed by the sommelier who recommended his original cocktails. How could we refuse! By the end of the evening, my spirits rose even further when presented with the ‘Congratulations’ platter.

The next morning we just had time for another walk around the grounds; this time to hunt out the two famous cork oak saplings which had been smuggled into the country in the boots of General Redbow following the Peninsular War. What had they witnessed in their two hundred year existence, I wondered?

These impressive trees were both enthralling and majestic; languidly they grew along the ground as well as upwards, their trunks dramatically pock-marked and small leaves reaching in bunches for the sky.

Gazing at the trees I felt a certain sense of calm for the first time in weeks…their strength and timeless aura transcended my worries and concerns. During this trip, I once again became re-aligned, my inner journey to renewed energy and belief reignited during our short sojourn.

Finally, my deepest apologies to you all…your warm, generous and enthusiastic support for the publication of my short story collection has been overwhelming and it has been hardest to let you down. I hope you will bear with me and kindly ask for your patience until the launch of my book.

‘Painting is but another word for feeling.’ John Constable.

I would just substitute the word painting with writing in this case!

Photo ©Annika Perry, except the Constable painting of course!!

*There’s many a slip ‘twixt the cup and the lip is a very old proverb, similar in meaning to “don’t count your chickens before they hatch”. It implies that even when a good outcome or conclusion seems certain, things can still go wrong. (Wikipedia)